Studies of non-heterosexual kinship in modern societies are well established in the Anglophone countries, dating back to such ”classical” text as Eshter Newton’s Mother Camp (1972) and especially Kath Weston’s Families We Choose (1991). The once original body of work has now become ”canonical” and a mandatory point of reference for subsequent researchers. Canonization, however, presents us with the obvious perils of hegemonization and domination of theories that perhaps do not necessarily fit into the diverse (i.e. non-Western) social and cultural realities. At the same time, it is hard to escape the existing theoretical vocabulary since scholars from various localities researching non-heterosexual families use them as the only pre-existing point of reference, and an inspiration for their own terminology and conceptualizations. Consequently, although studying ”their own” localities, they apparently have no choice but to use ”not their” language and concepts to capture developments and local narrations of queer families/kinship.
During the conference we wanted to concentrate on different understandings of queer kinships/relationships, and present more insights into the dynamics of non-normative kinship configurations in various geo-temporal contexts. Consequently, we adressed such questions as the following:

The call for papers for this event met with huge interest. We received over 200 submission and we could accommodate only a quarter of them. We treat the large volume of submissions as a sign of amazing interest the subject of queer kinship and relationships and need for such gathering of researchers and theorists working on this topic. We are also very glad that we managed to give 15 fee waivers and some travel bursaries mostly for those coming from less privileged counties or in precarious academic situation. Giving everyone a chance to participate in this event was very important to us.

The following key-note speakers participated in the conference:

One plenary session during the conference was devoted to the presentation of “Families of Choice in Poland” research project. During this presentation chosen results from qualitative parts of the research were presented by the research team.

· Opening of the Conference by Joanna Mizielińska and Agata Stasińska: https://youtu.be/jPi2fliUt5U

· Jacqui Gabb, Open University, Critical Reflections on Sexuality and Family Lives over a Generation (1990-2015) and Ruth Preser, ICI-Berlin Institute for Cultural Inquiry, What Therefore Discourse Has Joined Together: Kinship, Performativity and Everyday Use of Public Spaces: https://youtu.be/q6umFER894w

· Ana Cristina Santos, Centre For Social Studies, University of Coimbra, It Takes More Than Two to Tango! Relational Citizenship and the Queer Ethics of Care and Choice and Ulrika Dahl, Södertörn University, Between Monsters and Mothers: Notes on Femininity, (In)fertility and Queer Kinship in an Age of Reproduction: https://youtu.be/wEArox0UgVQ

The conference was organized as a part of the research project ‘Families of Choice in Poland’ (2013-2015), Institute of Psychology, Polish Academy of Sciences, by the following team: 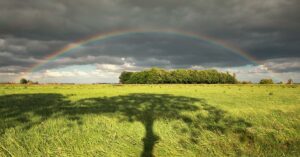 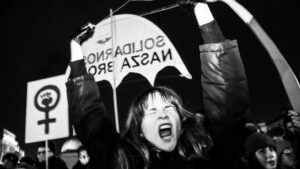 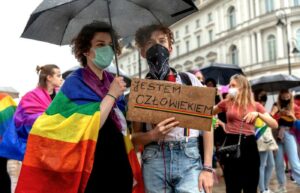